Fuck-up recipe – The collapse of a dreary company 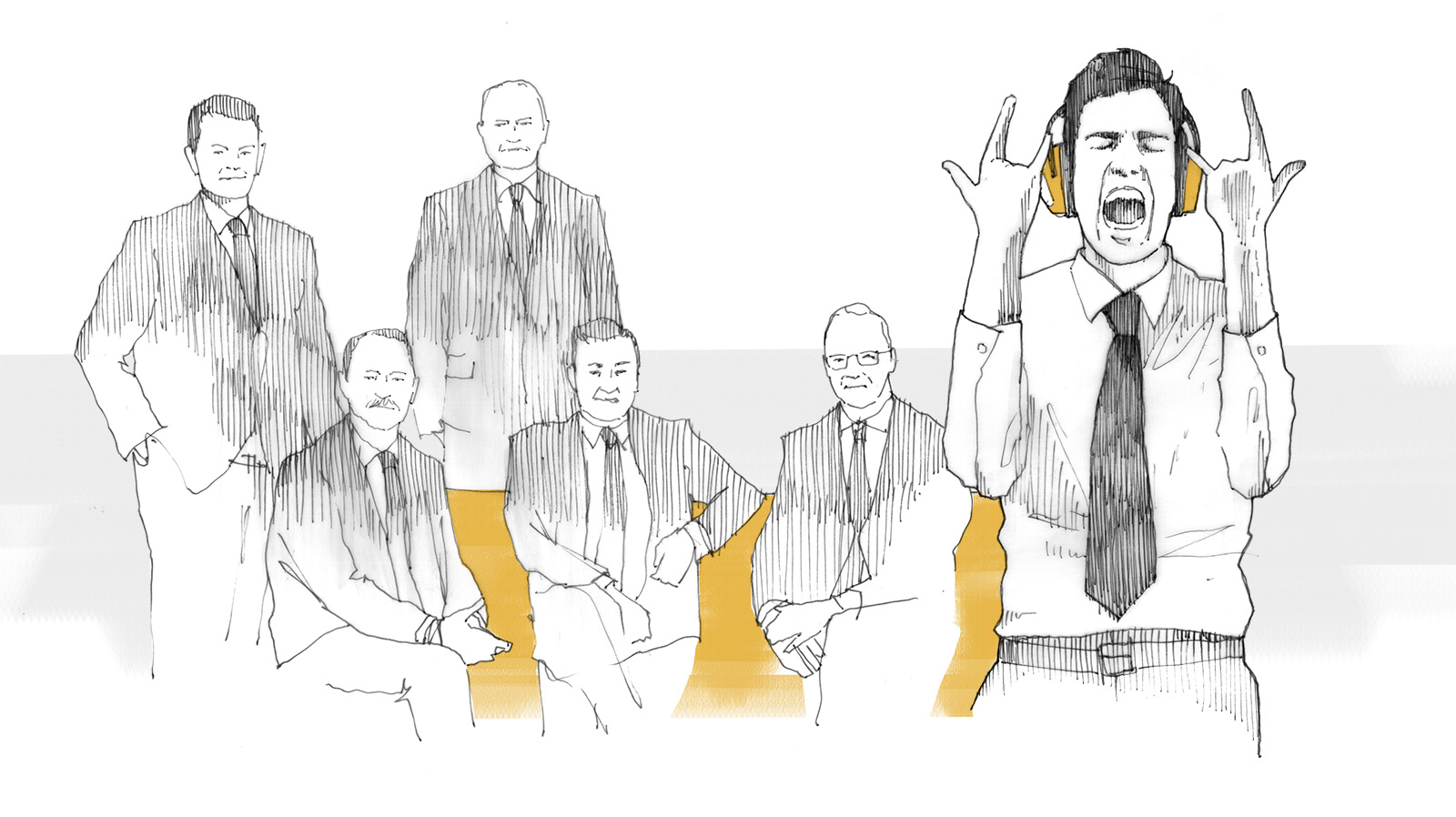 Are you in the office right now? If so, please take a look around. Does the term “dull” come to mind? Are the floors grey, the walls white – does your workplace seem plain and neglected? If that’s the case you should start looking for a new job – because in the near future your company is going to file for bankruptcy.

Change isn’t going to happen – no, we’re in the middle of it

After Japan’s, our population is the second oldest in the world. There’s a war going on for young talent and luring them with an exciting office atmosphere hasn’t been a walk in the park for a while now – it’s a hard-core competition factor. If you don’t keep pace you’re running the risk of having a book full of commissions but no one to work them off.

The American psychologist David Hawkins has shown in his research that people with high values have more vital energy at their disposal. Energized employees accomplish more and they have fun doing it.

Some companies don’t value their employees enough to put them into an inspiring work environment. Those companies not only have a low turnover – with the decreasing number of university graduates they don’t stand a chance of attracting and holding on to any young talent. Because the best, most entrepreneurial workers tend to be drawn to companies that radiate liveliness.

You don’t believe it? Here are the numbers.

According to the 2013/14 Kienbaum survey on university graduates, 51 % of them are looking for an employer with a friendly work atmosphere, 43 % want a healthy work-life-balance. The salary secures a solid fourth place with 31 %. In 2008 the salary had been the decisive factor for 78 % of the graduates – within only seven years that percentage was more than cut in half! The consulting business Zukunftsinstitut verifies these extreme value changes. Who still thinks today that they can fob future employees with mere money must have completely missed these latest developments.

Lots of companies still display an alarming amount of misguided, inflexible opinions. “This is supposed to be work, not fun” is one of them. Stiff walls and furniture, networking-hostile buildings, separating structures that emphasize positions within hierarchies by way of the personal office. The uniform, monotonous, mostly neutral-colored and almost always right-angled cells in which today’s office worker spends a great deal of his work and LIFE TIME are an unmistakable sign for the antiquated way of thinking from the times of Webster’s dictionary. Today, Wikipedia is influencing our structures of thinking and will inevitably influence our structures of working – which are not only increasingly complex, but also much more collective and democratic.

In February, the TV channel ARTE has aired a workplace documentary which illustrated the change in big companies like Gore-Tex and Harley Davidson after they had radically broken through their antiquated structures. Liberated companies is what they call themselves. They exchanged the time clock for a system based on trust and purged the entire middle section of their management which – in the words of anthropologist David Graeber – may have ordered others around with their “bullshit jobs” but never made any real contribution to the company. Instead of hierarchies and stifling bureaucracy there is personal responsibility, respect for each other, a rediscovered belief in the future, and a shared vision. In those companies – the movie makes a point there – the walls don’t come down for aesthetic reasons, or because the architects suggested it but because they’re in the way and not needed. That’s when offices start looking nicer, the work environment becomes more inspiring and all without the help of an overpaid consultant. This works because employees are finally given a voice and their wishes are not only respected but actively supported.

Imagine working in such a liberated company: Your workspace would be big and open, you could decide in the morning if you want to work from home or go to the office. No one will tell you how to do your work. Pleasant colors, expensive materials and awesome acoustics all around you and the view from your office onto the carefully tended company garden feeds your inspiration. Meetings from now on will take place in rooms resembling high-class libraries – how does that affect the attitude and the voice with which you address your customers? What do you tell your neighbor about your workplace – aren’t you a little proud? Oh, how the name of your company and people’s impression of it will improve.

Don’t underestimate the value of space! It is how Churchill once said: “We shape our buildings; thereafter they shape us.” And “us” includes your dearly paid employees!!! Badly done offices are – to use a metaphor you will understand – as if you pour lumpy, old oil into the motor of your beloved company car. It won’t break down immediately … … but the sputtering might start the minute you are on the fast lane.