Despots at the table – Or: You are where you sit 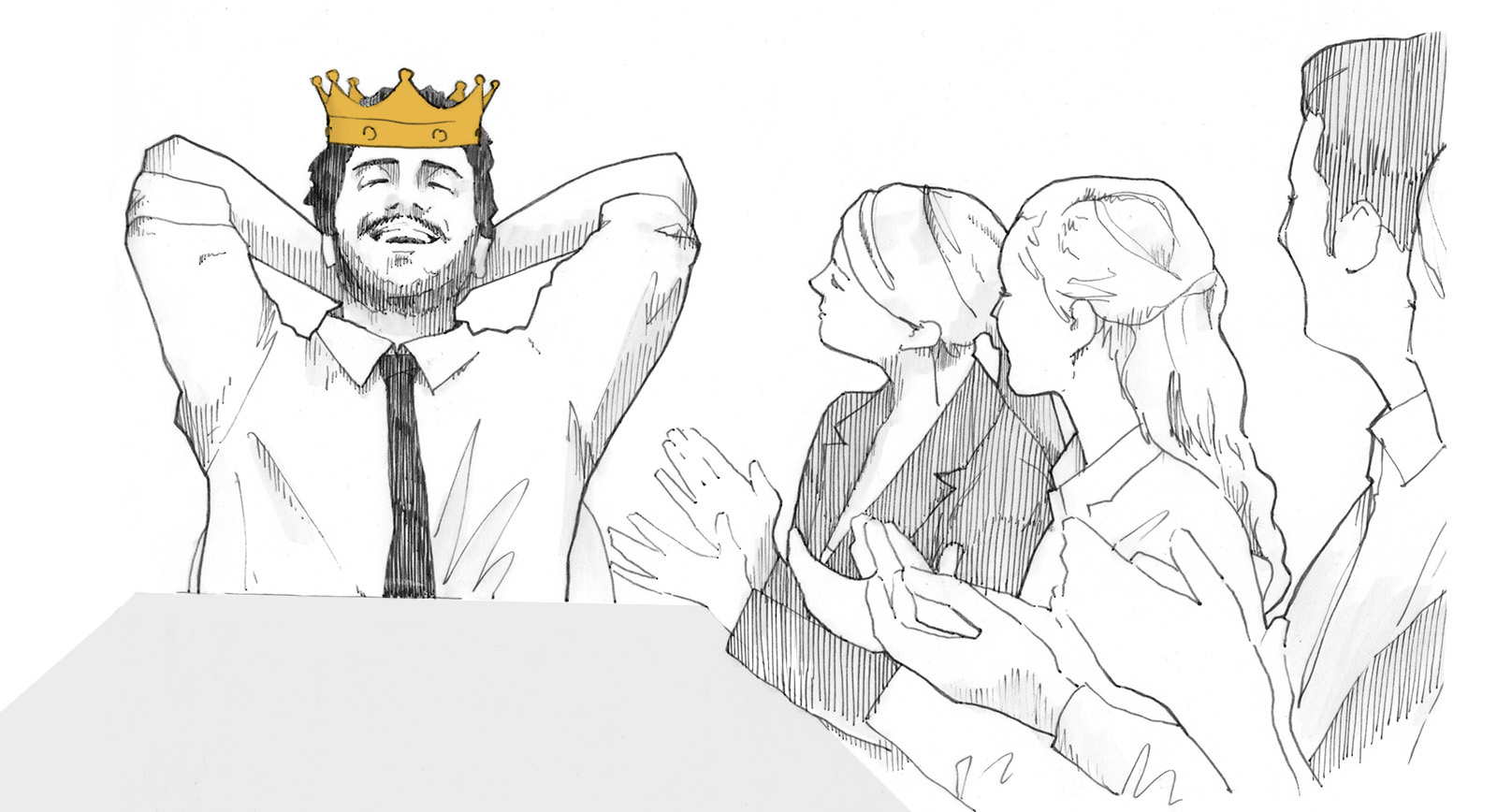 The other day; first consultation with a software company; big project in sight – as usual I was a bit early. The secretary led me into the big conference room and asked me to take a seat. And just like that I once again faced the stupid decision: Where the hell should I sit? With my back to the wall or is that what the host prefers? The head of the table is off-limits, a no-go. Should I sit at the long side or could that be seen as a lack of self-confidence? This common situation is many things – easy is not one of them.

The design of your conference rooms, the shape of the tables, and the seating arrangements reveal just as much about your business as any brochure or website. This is where you can see it all: How hierarchic is your company? How innovative? How open and future-minded or else how progressively inhibited and therefore fatefully doomed? Conference rooms are usually at the interface between insider’s view and outward image. This is where guests, clients, subcontractors, and future talents are received. And they generally get their first impressions upon arrival and not from a presentation.

The problem: Rectangular tables are just not democratic, every seat has a different implication. But now imagine the same situation with a round table – would you have the same problem? Absolutely not. Round tables are liberal, we’ve known that ever since King Arthur’s ROUND Table. According to the tale, 1.500 years ago Arthur already consciously decided that a round table would avoid hierarchic conflicts among his knights and promote the community spirit. In the 90s, the round table became a political instrument, a synonym for equality, and eventually a symbol for the collapse of the “dictatorship of the proletariat.”

Hierarchies, intrigues, and group dynamical processes often rule the events in a meeting room. More than we’re aware of. Subsequently, scientists have been trying for years to decipher our secret office behavior and conduct. That also includes the very insights psychologist Sharon Livingston has once summed up like this: You are where you sit. By the way, the word President is composed of the Latin terms „prae“ – “before” – and „sedere“ – „to sit“ – so he is literally the one who sits at the front.

A seating arrangement, whether chosen or imposed, reveals a lot about who we are and how we’re wired. And we can use that knowledge to our advantage: Even subtlest features like surface segmentation, table leg position, table height, and arrangement of the chairs can have a big impact on communication conduct and the interaction among participants of a meeting.

And not only there! Even if the godfather today only exemplifies a movie classic (“I’m going to make him an offer he can’t refuse.”) – when you sit at the short side of the table in a restaurant you have to acquiesce in being presented the bill.

The HPI in Potsdam is a place where thinking about the future of thinking takes first priority. One thing that they have thoroughly thought through involves their design of communication surfaces. Prof. Ullrich Weinberg, director of the HPI School of Design Thinking [sincere thanks to him for inspiring this blog], talks about experimenting with body posture and table form. Design Thinking is a sensitive process. A source of disturbance like table hierarchy would be lethal – in this sense two rules were established (remember the president):

1.) Avoid prae – the tables are hexagonal – this way the problem of positioning is omitted but there are still clear edges, which we Germans apparently need for orientation, and
2.) Avoid sedere – there are no chairs, the tables have standing height so all processes are dynamic.

There may be cultural seating arrangements, but a thing such as a standing arrangement is unheard of. At HPI’s conference table the walk to the water jug allows for a change of standpoints in the most literal sense. Go ahead and try that tomorrow in your sit-down meeting – get up and then take a seat somewhere else – unthinkable.

As to the initial problem – career coaches advise the following: Remain standing to avoid establishing a seating arrangement. I just sat down where I felt comfortable.

Between cozy circles and barrier tables that assign positions of power and inferiority there are many other possible seating orders. Just turn your meetings into a well-rounded affair and free yourself from unnecessary angles and rough edges.