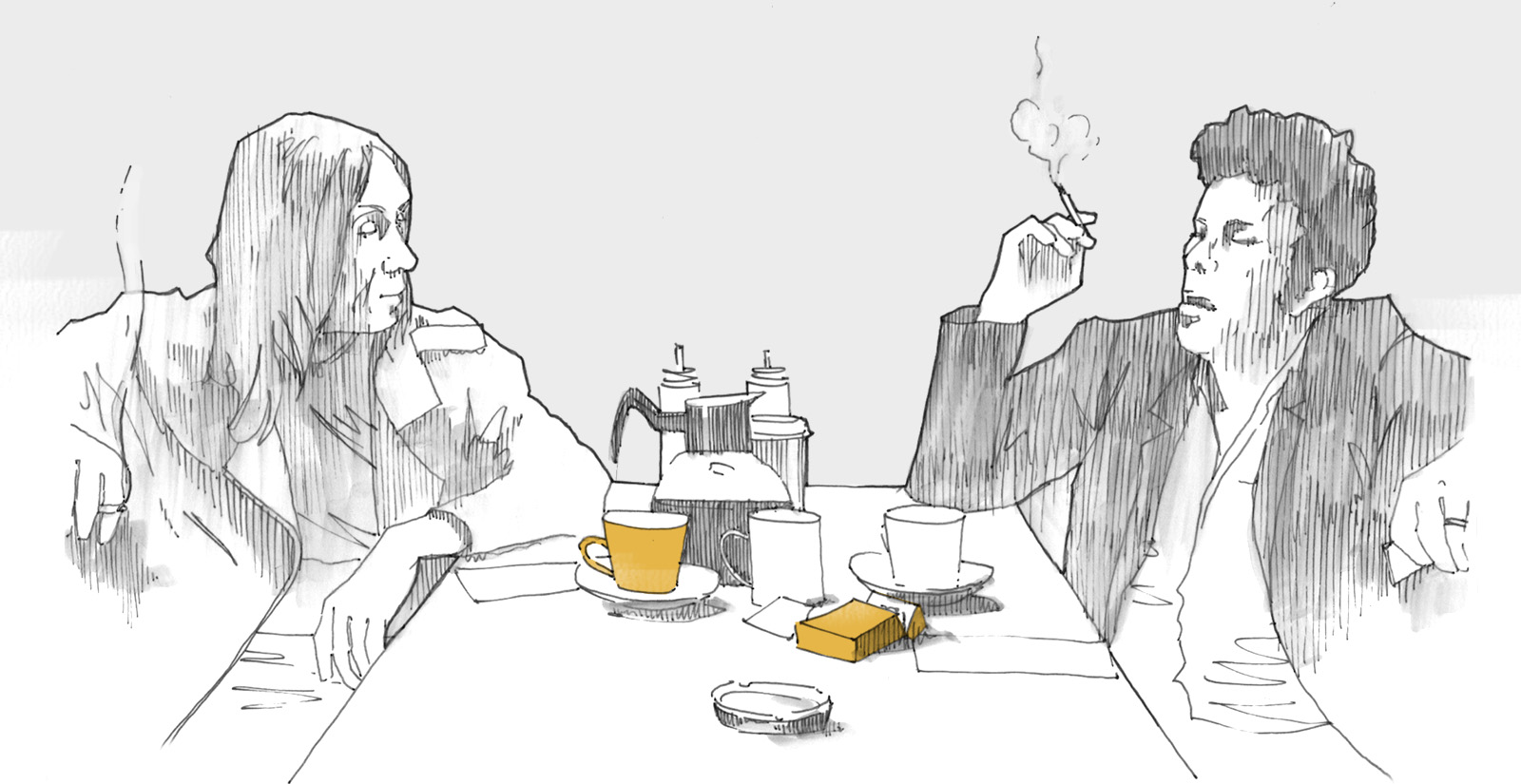 It all started in the 9th century in today’s Ethiopia. Some goats ate red berries from a shrub and that night – because they wouldn’t go to sleep – annoyed the crap out of their herders. When they tried those same berries they were disgusted and spat them raw into the fire. Shortly after, the enticing scent of roasted coffee spread and changed the world forever. Without coffee Goethe only would have written half of his poems, communism would have remained a theory, and none of us today knew what an iPhone is.

Without coffee we can’t think!

Coffee is a stimulant and a drug, it enhances concentration and thinking. Wikipedia says: “Caffeine is the world’s most widely consumed psychoactive drug.” Monks consumed it to be able to debate and pray for longer periods of time; games like chess, backgammon, and opposition were played well into the night over a cup of mocha. That went great – up until the 16th century when in the Ottoman Empire wealthy coffee drinkers were persecuted and coffee houses burnt down – that’s how much authorities feared the stimulating influence of coffee on potential insurgents.

And yet (or maybe because of it?): Starting in Vienna, coffee houses sprouted up in every bigger city and secured Europe its intellectual supremacy in the modern world. Mind you – not the beverage itself but the combination of coffee and café – drug and place of consumption together made up the recipe for its success.

„Every day we sat for hours and nothing escaped our attention. Because of the collectivity of our interests we followed the events not with two but with twenty and forty eyes,” Austrian writer Stefan Zweig explains the significance of cafés.

Initially a place for philosophical subtleties and coffee house literature, cafés spurred on political radicalism when the economic situation changed. Lenin used to talk himself into a fury after a game of chess and several cups of coffee and together with other demagogues of his time set the world on fire.

The heart inhabits the third place

It very well may be that after the following two World Wars people were tired of diatribes and indoctrination and simply wanted to enjoy their lives (and being alive) among loved ones. It’s more likely, however, that the discovery of television during the 50s and with it the change in pastime habits sparked the Europe-wide extinction of coffee houses.

In 1990, urban sociologist Ray Oldenburg illustrates in his book „The Great Good Place“ the importance not only of cafés but of bookstores, barber shops, post offices, and other hangout-areas as well, which are often insufficiently referred to as „meeting places“. Oldenburg emphasizes the significance of these 3rd places next to the 1st place (home) and 2nd place (work), because they are “the heart of a community’s social vitality and the foundation of a functioning democracy”.

Ray Oldenburg’s ideas didn’t lead to the anticipated transformation of America’s suburbs, but they resurfaced in a completely different context about ten years later.
The invention of the personal computer turned previously overlooked weirdos like Steve Jobs and Bill Gates into gurus; the internet hype started and soon Marc Zuckerberg and others joined in and fueled the stock market hype – market prices reached unimagined heights, new startups were founded every minute.

And the knowledge work portion of the national product in industrial countries still keeps growing. „80% of innovation is a result of informal communication.” A single nerd hiding behind his desk is as explosive as a single fuel rod – not at all.

But how can the knowledge workers, leading thinkers, super creatives be condensed beyond the critical mass? How can the talents with quick brains but stunted communication skills be brought together to really talk instead of just exchanging virtual emails? And above all, how can they be convinced to move from the campus into the free economy? Give them enough coffee and just drop them in!

And that’s how the software industry created new 3rd places: central areas, cafés, beanbag chairs, swings, courtyards, tea kitchens in the shape of a subway station, even slides instead of staircases. Incidentally this is the industry that consumes the most coffee per person per year.

Perhaps I should also mention that Leipzig’s „Zum Arabischen Coffe Baum” – founded in 1694 – is one of Europe’s oldest continuously operated cafés. It’s basically no wonder we are currently in the process of overtaking Berlin, Hamburg, and Munich; the region is booming; there is an uncontrollable influx of creatives; and according to a survey of Focus magazine people here are happier than anywhere else in Germany!

And all because of a cuppa joe.

[i] Frederick the Great called Saxon soldiers “coffee Saxons” when they refused to march into battle during the Seven Years’ War. Their reasoning: “Without coffee we can’t fight.”